A day in Rishikesh

There are many religious towns and cities along the Ganges that are popular with tourists and pilgrims alike. Among these, Rishikesh was my choice of a destination for a day trip not just because the Ganges here is clean and pristine, being well upstream of the major polluting towns, but also because of its multitude of different faces. It is the yoga capital of the world, one of the best places for white water rafting in India, a magnet for westerners flocking to learn meditation and a stop for nostalgic fans of Beatles and the era of the flower children.

Reaching early in the morning after an overnight train from Delhi and a less than one hour cab ride from Haridwar, I set out on a rented scooter to explore the place. At the northern end of the town is the Lakshman Jhula, one of the two narrow suspension bridges across the river and supposedly the spot where Lakshmana, the brother of Lord Rama crossed the river on an older, jute rope bridge. I walked down to the river and the water was cool, still not too far from the snows on the mountains from which it had melted. But still there wasn't anything else to do here and I was worried about the place I had parked the scooter in, so I turned back. I retrieved the scooter just as the traffic police were issuing a last warning to the owners of the vehicles parked there and turned south towards the other, larger suspension bridge, Ram Jhula. A little downstream to the bridge, I went down to a ghat by the river. The place was clean, with steps going down to the water's edge. Chains with a ring at the end were fixed to the river bank for those who wanted to take a dip to hold on to. Sitting there with the sun beating down on me and my feet in the cool water, I watched a Pied Kingfisher hovering and diving, hovering and diving, hunting for its meal, and after a little while, sit on a rock in the water devouring the fish it had caught. On the opposite bank, people were reading, contemplating, meditating or sun bathing. 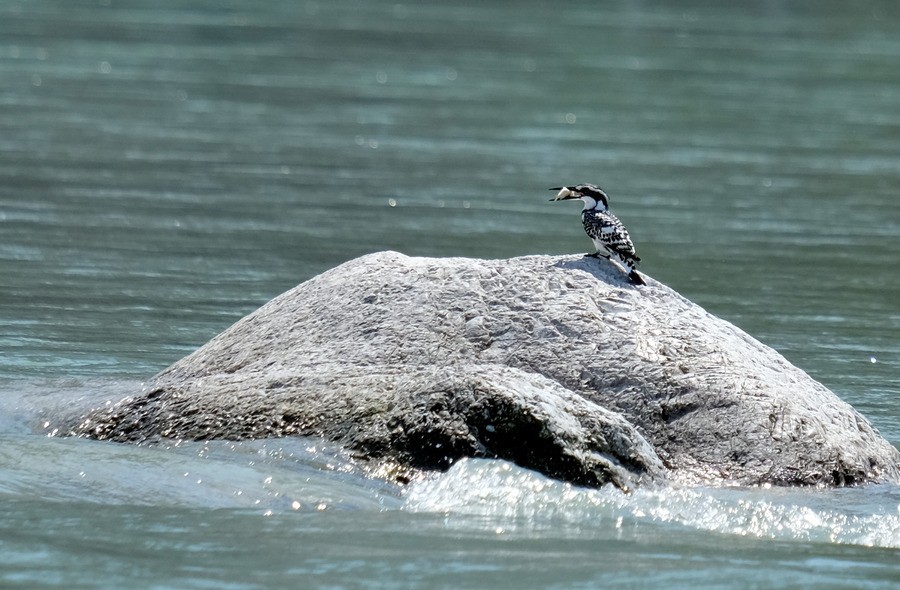 The approach to the Ram Jhula was narrow and crowded with shops on either side. The bridge itself seemed only wide enough for pedestrians and two wheelers. My destination on the other side of the river was the "Beatles Ashram", the ashram of Maharishi Mahesh Yogi who lived here and taught transcendental meditation, but clearly remembered today more for the visit of the Beatles in 1968 than for the teacher or the meditation technique that he taught. Crossing the bridge to the east side of the river, I followed the route shown by Google maps to reach a gate with a ticket counter to visit the "Rajaji National Park". Finding no sign for "Beatles Ashram" of the original name "Chaurasi Kutia", I enquired with the person in the ticket counter and he confirmed that this was the entrance to the now abandoned Ashram.

Inside, its like a different world. The ashram is built on a vast area of forest atop a small hill directly on the east bank of the Ganges. It took me a couple of hours to walk through the place, looking at the series of buildings along the path. Quite near the gate, towards the river bank are a series of small, dome shaped meditation huts, with a small living area below and a space to meditate at the top. Further on, there is a post office, a printing press, the kitchen, residential areas for international students, and so on. The whole place is in ruins, having been abandoned for years and only recently officially open for visitors. The graffiti that dots the place is one of the main points of interest, reflecting the talent of the artists and evoking the mood of the sixties. In stark contrast to the ascetic meditation domes near the entrance are the quarters towards the back where the Beatles stayed. The bathtubs that have survived in these rooms symbolize the luxury that these accommodations were designed to provide. Having walked through the place, it wasn't hard to feel the sense of importance that must have pervaded this place at that time. Vast residential buildings to house the students who came to learn, the world famous visitors from the west, the lecture halls, the printing press to spread the word, the money and influence that must have been behind the lease of forest land and the use of stones from the banks of the Ganges to build the meditation domes, the attempts to procure more land to build an airstrip nearby (thwarted by the local villagers). It must have felt like the center of the world for those who were here, it must have felt like they were changing the world, that this was the beginning of a revolution. Looking at the visitors (mostly Westerners) walking around in the snake infested ruins, I wondered what was going on in their minds. Were they, like the thousands who flocked here decades before, still looking the for the answers to everything? 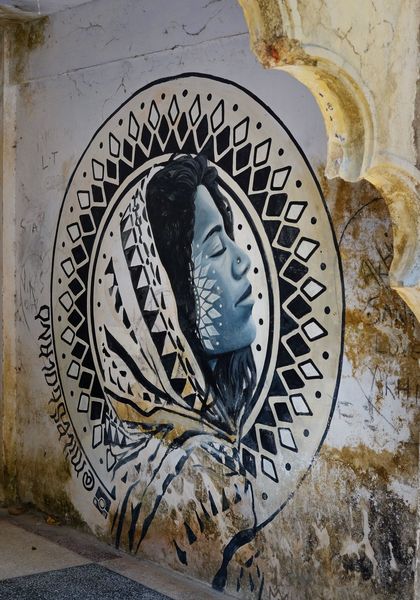 In the evening, I was at the Triveni Ghat to witness the famous Ganga aarti (ritual offerings to the river), that was a daily event and billed as a not-to-miss event. About an hour long ceremony with chanting of bhajans and priests offering prayers, it was a choreographed spectacle tailored for tourists. The planned choreography to create the right atmosphere reminded me of the change of guard at Wagah, but was much less successful here. If it was a sense of piety they were seeking to create, it wasn't helped by the pointed distinction constantly made between the visitors who had paid and those who had not. 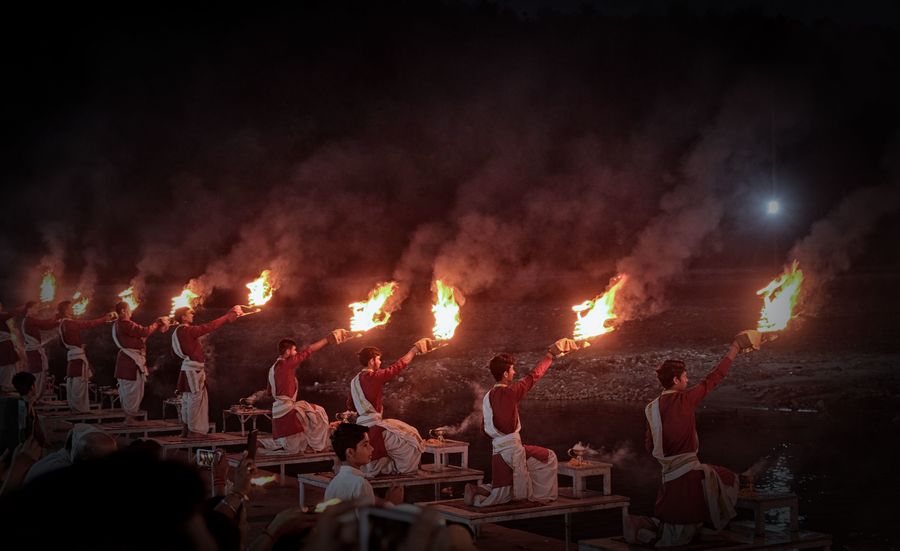 The next morning, getting ready to leave Rishikesh for Dehradun airport, as I went over the previous day, I was filled with ambivalent feelings, much as the Beatles themselves were when they left. Having missed it when I walked in, I had visited the Bungalow of the Maharishi towards the end at the ashram. Standing at the edge of the hill and overlooking the Ganges below, it was set in an idyllic location and it was easy to imagine life here, always in proximity to the sound and sight of the river. Someone had painted on its wall the bitter judgement from the Beatles "What have you done? You made a fool of everyone." Looking down at the river, I realised that the best moments were those spent sitting on its bank, feet immersed in the cold water and watching the kingfisher. The crumbling ruins around me were a reflection, not just of the folly and megalomania of one man, but perhaps of all men. Perhaps it was a sign that all of this will come to pass, our lives and even the existence of all humankind will be but a glitch in the time course of the universe, and when it ends, the river will still continue to flow and the kingfisher will still be fishing. Somehow it was a comforting thought.