A month with Sublime Text 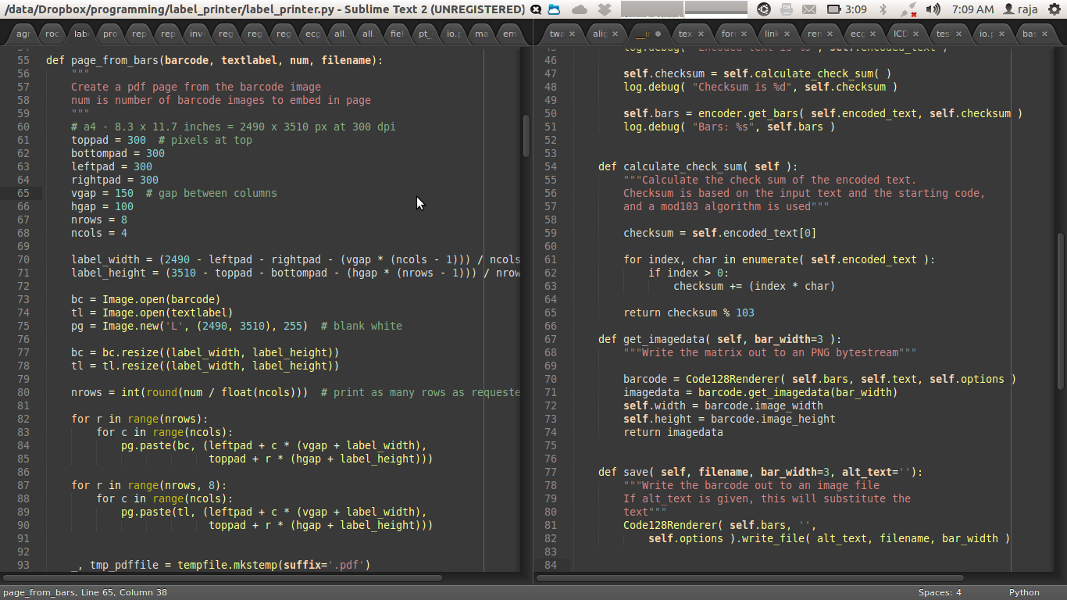 I don't write code for a living, still the amount of time I spend doing it makes me value a good editor. Like any decent programmer I am picky about what I use and biased towards what I prefer. Over the years, I have tried out a few different editors, notably gedit, geany, SPE, Komodo edit, Vim and Emacs. With patience and persistence, I think anyone will ultimately find the answer in Vi(m) or Emacs. For me it was Emacs that clicked and since the last 4 years or so, I have not really felt the need to try out another editor. With all the noise about Sublime Text, I thought it was time to give it a whirl, especially with the release of version 2, especially since some of the things in my current emacs setup were broken after the upgrade to Emacs 24. I used Sublime Text for about a month and these are some of my impressions -

All in all, it was a good experience and it was with somewhat mixed feelings that I returned to Emacs. I have subsequently tweaked my Emacs to get some of the features I missed after leaving ST. My general impression is that ST seems to principally cater for those coming from Textmate. For Vim users, it might again be a reasonable switch as it seems to have good support of Vi keybindings. Emacs bindings are provided by a package and are still not perfect. For now, I am comfortably back in Emacs, but might try ST again after some time. A month has been too short a time to evaluate an editor and I have not tried any serious customization.