A personal and unconventional reading list for the young doctor

A healthy dose of literature should be an essential ingredient of every young doctor's training because medicine is as much about people and life as it is about science and disease. Everyone perhaps has their recommended reading list of fiction and non-fiction for this. Here I list my personal reading list. It is a tad unconventional because many of these books would not be on other lists targets at young doctors. I have enjoyed a couple of books from Richard Gordon's "Doctor" series, but while they are fun to read once, they don't make it to my recommended reading list. Siddhartha Mukherjee's "The Emperor of all Maladies" and books by Atul Gawande are more contemporary books that should be read by someone who takes an interest in medicine. if they don't make it to this list, it is because even though I haven't stated it explicitly, I am really thinking about fiction that should be recommended reading. So here goes, my opinionated reading list -

Not perhaps the best known book by the Nobel prize winning author Sinclair Lewis, this tells the story of a young man's journey in medicine, beginning with an apprenticeship, progressing through a career in medicine and scientific research. It is a realistic depiction of the long process and the hard work that is involved in the life of a physician and scientist. It also deals with the challenge of balancing the rigorousness of the scientific method with the flexibility required for a humanistic practice of medicine. When selected for the Pulitzer prize, Sinclair Lewis refused the prize with a note which said "All prizes, like all titles, are dangerous. The seekers for prizes tend to labor not for inherent excellence but for alien rewards". Although the book touches upon several important themes, this seems to stand out as its primary statement - that life must be lived and a medical / scientific career conducted, not to seek prizes, but to labor for inherent excellence in all things. A must read for medical students early in their careers. 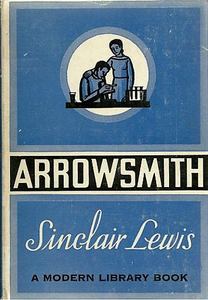 Written by Thomas Mann, another Nobel laureate, this complex and rich story is set in a mountain sanatorium for patients with tuberculosis. A young man, living an insulated and quiet life in the "flatlands", goes up the mountain for what was intended as a short visit, but ends up staying for seven long years as he develops tuberculosis himself. Much of the book is about the gradual attainment of maturity as the protagonist is exposed to a rich variety of experiences at the sanatorium among people confronted with a fatal illness. But it is still a valuable read for the medical student because of the insight it gives into the treatment of tuberculosis in those times, and more importantly, because it provides a glimpse into the lives of young people confronting the reality of being sick with a disease that is often fatal and seeking a cure for it. 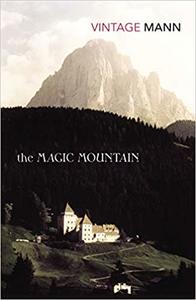 Pather Panchali (The song of the road) - Bibhutibhushan Bandhopadhyay

A tender portrait of the life of a young boy growing up in a poor family in rural Bengal, not most of it is relevant from a physician's point of view. However, midway through the book, the sister of the young protagonist lies sick with malaria. Quinine as a treatment is available and could have saved her life, but exasperatingly, she does not get it and she dies. It makes you realize how often the challenge is not in understanding some disease or finding a cure, but in getting the cure that has been discovered for a disease that is well understood to the child that needs it. The memory of her death still shames me when we talk of technology and advances in medicine, forgetting the importance of implementation and universal access. 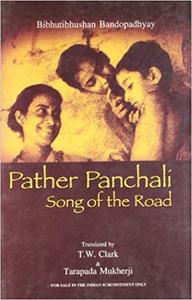 An incredibly well written book that I have read multiple times and buy up any copy I find just to gift to friends, this is supposed to be an allegory of life in post Stalin Russia. However, if you leave aside the allegory and read it as a factual depiction of life in a cancer ward, it is still an extremely powerful story. Drawing on his experience from time spent in a similar hospital, the author writes authentically about the lives and deaths of a group of people with cancer as they confront their illness. It is difficult to list all the aspects of the story, but its depiction of the public hospital system with its frustrating delays, superficial impression of inefficiency and lack of empathy, an opinion we learn to reverse with time, is unrivaled in literature.

Dr. Oliver Sacks's other stories are some times better known, but this is definitely a classic of modern medicine. When l-dopa become available as a treatment for a group of patients with post encephalitic Parkinsonism, their lives are transformed. This transformation, as well as the state of their lives with Parkinsonism before treatment became available are observed and described with a compassion and involvement that is a lesson for us all. 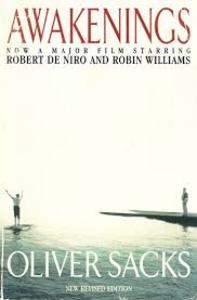 The use of force - William Carlos Williams

A classic short story by William Carlos Williams, shining in the way it is written and the imagery it evokes. The doctor visits a poor family's home to see a little girl who is sick. He needs to see her throat to make sure she does not have diphtheria which could be fatal. But the obstinate girl, refusing to open her mouth despite the doctor's entreaties and the parent's threats, bites and breaks the tongue depressor, necessitating the use of force from the doctor. As the situation progresses, the doctor descends to using brute force on the little girl. But by then, is he using force still concerned for her well being, or to satisfy the brute that has woken up within, wanting to break her defiance while still admiring her for it? 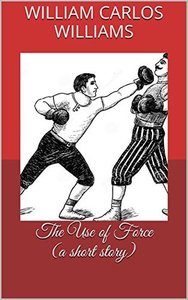